There is Certain Holiness in You


"It takes courage, perseverance, and sacrifice for life to become a saint and it takes the purity of the heart and Godly actions to become holy. You will neither become a saint nor holy. As long as you follow your life's purpose in good ways, you may not become a saint, but you are closer to becoming holy. "

What does it take to become a saint? How can you become holy? In today's modern era, people have experienced a drastic change in their way of living. To live is becoming more comfortable and convenient with the advent of rapid technological advancement. In some ways, this could mean progress and the other way could be destruction--the good and the bad effects of what life has to offer.

Advanced civilization has changed how people think and act. It has changed certain behaviors and values that were once good in nature. People have been so cruel, mean, and greedy. Understanding became confusion; peace turned into war; openness became selfishness and love turned into hatred.

However, no matter how bad people will become, there's certain goodness that is left in his heart. People sometimes are tough, yet gentle. Some could be mean, yet straightforward. Others could be cruel, yet compassionate. There is certain goodness hidden in whatever dark side that people carry.

Everything that happens can be understood better if you know both the bad and the good. Sometimes, you need to experience how it feels like to become bad so you appreciate the goodness in others. You need to do bad things to gauge how good you truly become. It is only then you distinguish which is better--the bad or the good.

We are commanded to do things by what is good and avoid the bad ones. But the world we live in may be full of negativity that will test our faith. Some invisible forces will challenge you to your limits. It may be hard to escape, but to take it and live it.

Is it possible for bad people to become holy in the end? Is holiness only for the good ones? Can you become a saint if you've committed terrible bad deeds? Well, why not? biblical history would tell that the famous saints that we venerate today are once a sinner. They may have been so cruel and unloving in their past, yet they have made a great change and transformations in their lives. They had the power to change who they are and in the latter part of their lives became holy. They mastered the purity of their heart and spiritual service. In the end, the goodness in them prevailed.

Just like us, we can't be good all the time. It is human nature to commit mistakes and become bad once in a while. There is no such thing as an absolute human being, but only a divine being does have. Even the newly canonized saints did not live their lives in absolute good. They have been bad even before they attained the ultimate realization of spiritual enlightenment.

There is no need to worry if you became bad as long as you did your best to change yourself for the better. Your life is not your past. Your past does not define your future. Your future will depend on what you do to the present.

Not everyone will become a saint since it is only for the chosen ones. No matter what good things you've done to humanity, there is no assurance that you will become a canonized saint. There is certain holiness in your being. Your goal is not to become a saint, but to live a kind of life that is Christ-like.

It takes courage, perseverance, and sacrifices for life to become a saint and it takes the purity of the heart and Godly actions to become holy. You will neither become a saint nor holy. As long as you follow your life's purpose in good ways, you may not become a saint, but you may be closer to becoming holy.
© 2012 Del Cusay

Social Commentary: Why Can't We Speak? 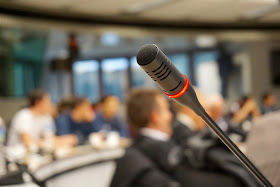 "In a modern world that we live in, we are no longer voiceless but empowered citizens. People know its limitations and morality. People know when to become expressive and when to be quiet. So whatever happened to our freedom of expression?"


Social media plays a vital role as a means of communication. It has become part of our lives and we are now becoming more interactive and aware of whatever is happening around us, not only to our family and friends but also to our favorite celebrities, favorite brands and be aware of the latest global and local news and the current events.

Social Media is now a trend and the newest tool for people empowerment. A lot of big events that took place in the current world history are influenced by the active participation of the so-called netizens or online citizens, who share their voices silently but powerfully over the web.

The downfall of dictators in some of the Arab countries is brought by a massive demonstration by netizens who triggered the sharing of information about how their freedom has been oppressed for so many years since their government directly controlled the internet. They can't speak against their leaders. They can't express their wishes and desires for change. They have lived their lives in hopelessness and misery.

With the advent of social media, some countries are still restricting the social media access of their citizens although it has been declared by the United Nations that internet access, in general, is a basic human right. It seems that their leaders are still resistant to change. Aren't they?

In a country where cybercrime law is taking into effect, I can't imagine how people are being robbed of their freedom of expression. In a country where democracy rules, I can't believe the media and the citizens are being dictated of what to say and what must be censored.

The power of the country lies on its citizens, therefore there is a need to respect and to hear the voice of the people. Our people are hungry for change and the truth. Our people need a heart of a leader who takes time to listen. We're tired of speeches, tired of false promises, and tired of insincerity in public leadership.

Let our people rule and let them be free to express their thoughts on the current events that our nation or the world is facing. After all, people deserve better services than their country has to offer. It is the people who choose their leaders and it is the duty of the leaders to listen to their people.

In the modern world that we live in, we no longer have to be voiceless, but empowered and informed citizens. People know its limitations and morality. People know when to become expressive and when to be a reserve. So whatever happened to freedom of expression?

Online censorship and media harassment happen in many countries, it may happen to other nations and now our time has arrived and may become worst in the years to come. This shouldn't happen. Let the people speak their minds freely in a just manner. Let the media be the public's eye and ears in delivering the truth.

Wouldn't it be nice if we can have responsible freedom of expression? Can't I express my disappointment about our own government and leaders? Will our own government try to shut down the press and the dedicated press people?  Will my own government suppress my public opinion? In today's time, why is it hard to speak?