Kathmandu: The gems and the lost Treasures 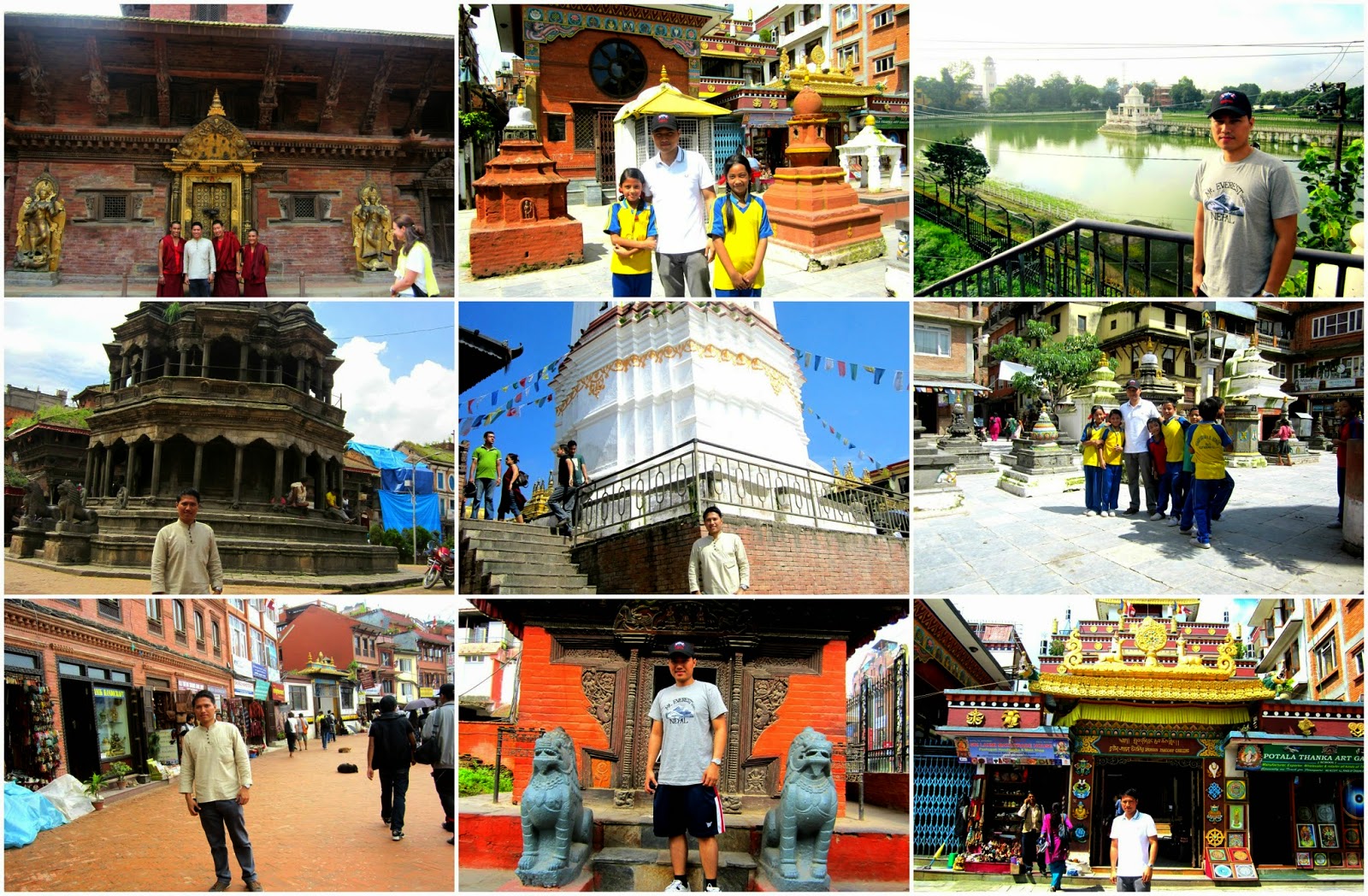 In my journey to the Himalayan Kingdom of Nepal, I have fallen in love with its beautiful landscape and have met wonderful people who are friendly and kind-hearted.

In August 2013, in an uncertain moment, I have traveled to Kathmandu and have cherished the 6-day trip. It was one of the most beautiful experiences in my life to have learned from the culture and tradition of the Nepalese people.

From the first day of my trip, I have imagined the glorious past of the place as I pass around the narrow streets with both modern and centuries-old architectures--evidence of Nepal's rich heritage and culture. I have roamed around and bought Kurtas (traditional Nepalese clothe) from different shops and at the same time was able to stop by coffee shops to awaken my senses and to continue the journey.

I was amazed by the view of the Kathmandu valley from the hotel where I stayed as one can see the mountains surrounding the city and the crowded houses and buildings made of stones and bricks.

On a beautiful morning as I walk in the old streets, I have witnessed the businesses of the people. It is so simple, yet full of spiritual practices to start the day. They pray and chant to their Gods and they use aromatic incense to drive off bad spirits or any form of negativity. Every day, I used to burn an incense of different scents for my personal prayers and intentions.

On a sunny afternoon as I walked in the downtown area, I have seen the simple living of the people. They are not into buying luxurious things. In fact, they only have few malls that sell bargain products. In that place, there's a huge football field and park with a tall observatory tower where one can see the panoramic view of the Kathmandu valley.

As I walked down the streets, I have seen beautiful scenery that is natural and some that are man-made. The famous lake in the central business area is where I spent few hours of walking and rejuvenating. Beside the lake are food stalls in the street where they sell coffee, tea, and bread and I have tasted it to get some energy for a long walk.

Kathmandu is such a peaceful place and I felt the spirituality of the people. There are temples everywhere for them to pray and glorify their Gods. They offer food and burn incense and there's something more than their religious practices. They care and love people regardless of race and creed. They have happy faces and they even look like Filipinos. I have witnessed their friendliness and hospitality to the tourists. They are very conversant about Nepal's history and heritage and they are helpful in anyways.

Kathmandu is rich in heritage sites that are recognized and protected by UNESCO. A day before I left, I was able to grab the offer for a day-tour in 4 out of 7 UNESCO world heritage sites.

I have meditated in the mountainous places of Swayambunath and Pashupatinath where huge stupas can be seen as the center of attraction. I visited the ancient city and Durbar Square in Patan and it was in that place were felt that I was on time travel. I sensed that I was transported several centuries back, although I can see and interact with modern people--the locals and foreign tourists in their modern clothing, ways, and actions.

On April 25, 2015, it was a tragic moment when the Himalayan Kingdom of Nepal was reported to suffer a strong magnitude earthquake. Kathmandu and its nearby town including northern India (Bihar state) and southern China (Tibet region) were heavily devastated and they lost thousands of people including locals and foreigners. The Kathmandu valley was destroyed with thousands of houses and buildings that collapsed, a thousand families became homeless and a thousand lives were killed.

It saddened me to hear the news as I recalled the wonderful memories I had with the Nepalese people I met and interacted with on the road. I remember the times when I enjoyed their heritage sites and everything that Kathmandu has to offer. I have learned so many things about them and I am grateful for the joyful experience.

Now that almost everything was lost, how could they recover from the tragedy? How many of those people I met have died and how many have survived? How are those playful kids I have interacted with at the park? Life could be unpredictable that bad things could happen to good people.

From the magnificent peak of Mount Everest; the serenity of Pokhara; and the architectural heritage of Kathmandu, I can say that Nepal is a gem I have found but now is a lost treasure. It will not be easy, hence it will take time to stand up and face the world again. They need our help in any way and once they are well and ready, they will stand up and build up their soulful heritage.