Nazareno 2016: Celebrating The Feast of The Black Nazarene

The feast of the Black Nazarene or in Filipino called "Pista ng Poong Nazareno" has been a significant religious event in the Philippines. It is more than a culture, but a symbol of courage and faith to God Almighty. Through the years and for several centuries, Filipino devotees venerate and show piety through the holy image of the Black Nazarene at the Quiapo Church in Manila.

It was 3 years back when I first celebrated the grand feast of the Black Nazarene. It was a solemn event in the vicinity of the church where devotees flock to celebrate the mass and have their religious items blessed with holy water. Although the weather is quite rainy, still people consider it as a blessing. I have even experienced to shower in the drizzle and doesn't mind to get wet. It is a sacrifice and a show of perseverance despite of a little obstacle.

As I remember Nazareno 2013, the crowd around Quiapo church is more peaceful and orderly as compared to the "traslacion" or the transfer of the image from its original place in Luneta (now Rizal park) going to its current home in Quiapo church. During the traslacion, millions of devotees brave the massive crowd along the the streets where the procession passes by. Others would have the endurance and courage to hold the piece of long rope attached to the image which they believe brings miracle to their lives. Some would have their hankies wiped over the image and believe that it can bring healing power.

Numerous stories have been shared already by devotees who could testify with the miraculous power of the holy image of the Black Nazarene. Even famous Filipino celebrities would also share the blessings they received from their devotion. However, the event is for everyone regardless of societal status; rich or poor, healthy or sick, young or old could show their faith and devotion. 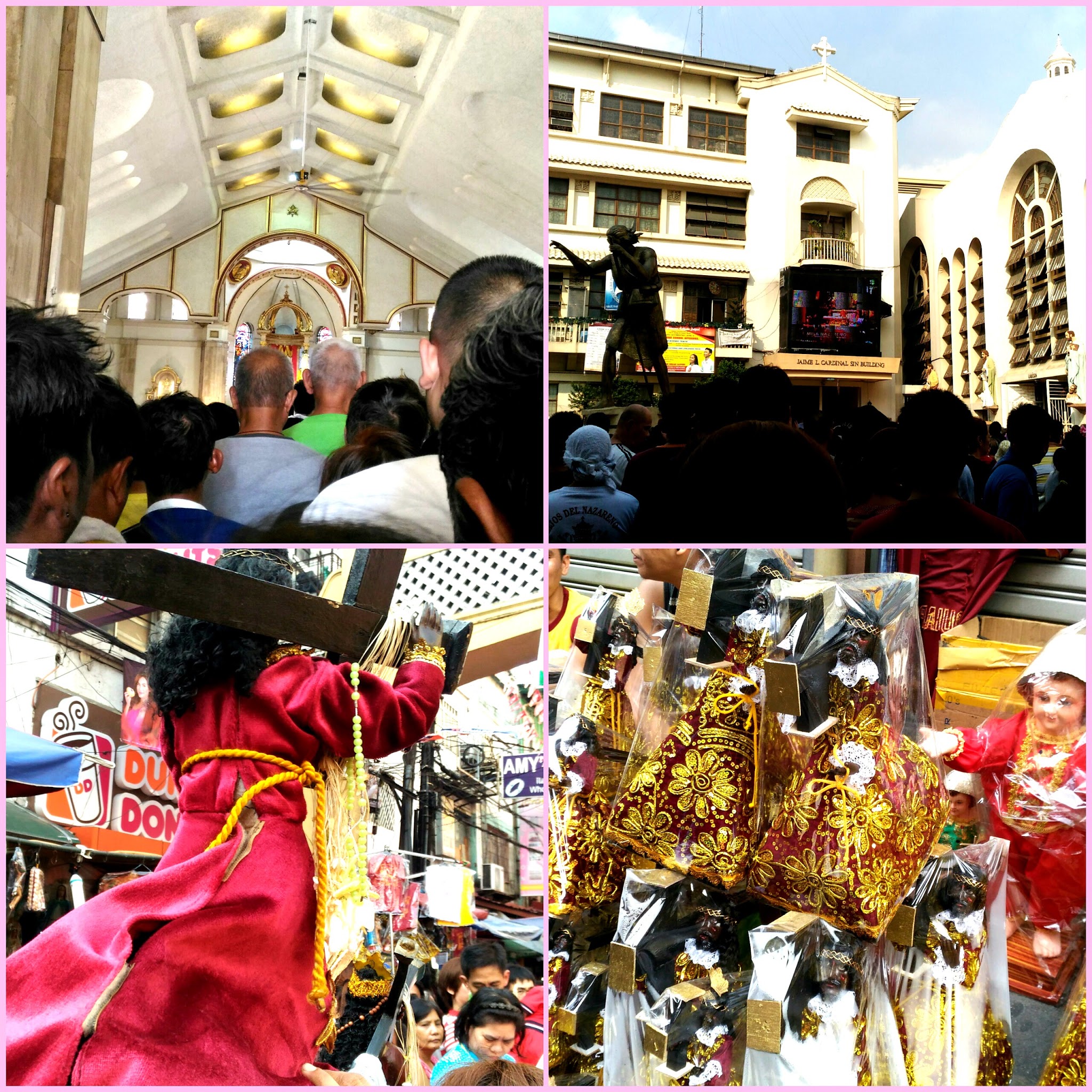 On this day, 9th of January 2016, I've experienced once again the religiosity of the Filipino devotees to the Black Nazarene. The vicinity of the Quiapo church is crowded with the faithful who celebrated the mass and novena. For bout 2 hours, I didn't mind to stand as I hear the holy sacrament and at the same time praying for my personal intentions. There are individuals and families praying together. Some parents would even bring their little child despite of the crowd. While some people who are physically sick would endure as an act of sacrifice for their intentions.

Those who did not go to traslacion or procession have just visited Quiapo church to celebrate the mass. There are a crowd of volunteers and devotees who go barefoot which symbolizes humility. For several years they have been serving the Black Nazarene to show their faith and deeper sense of personal devotion.

I am not an active devotee of the Black Nazarene, but I believe that God hears our prayers and intentions if we come with all our hearts and with humility. I am one with the millions of people who experienced the Divine blessings and interventions. It is truly a spiritual journey and along the way are hardships and struggles that are fulfilling in the end.

The feast of the Black Nazarene is not about  religiosity. It is also a test of faith as we endure and sacrifice on this event. When we are weak and giving up, God is there to save us and make us strong and complete. Moreover, it would take courage and humility to be with the massive gathering of the faithful to give thanks, ask forgiveness, and pray for personal intentions. It is a spiritual journey not just today, but a lifetime and eternal life.