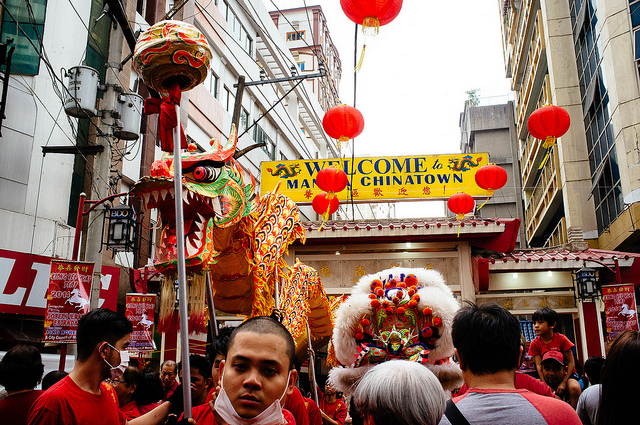 For centuries, Chinese immigrants from mainland China have established closer ties with the Filipinos. Since then, we have mutually embraced religious traditions and appreciated the rich culture and heritage that remains to be strong and lasting. Chinese merchants in the Philippines existed during the early years of civilization and became a great trading partner contributing to the robust economy and fortifying stronger relationships.
Chinese people who have chosen to live and work in the Philippines were accepted by most Filipinos and they have brought massive influence to our culture and way of living.

Embracing the Chinese culture made a significant impact on our lives. Their beliefs, wisdom, and character are worth emulating. Chinese people have taught us how to live based on their life principles from the teachings of their religions. Buddhism which was brought to China became a foundation of wisdom, humility, and compassion. These traits which are the embodiment of Buddhist philosophy are the same guiding principles on how to live a meaningful and fulfilling life; a better life worth living.

Looking back, celebrating the Chinese new year 2013 was a memorable experience in Binondo, Manila. Known as the oldest Chinatown in the world, it has shown great transformation and preservation of Chinese-Filipino culture. The old and preserved houses and commercial buildings are a symbol of love and respect for its culture and heritage. For years, Manila Chinatown has given positive energy and vibrance to visitors and traders and they hold on to their beliefs that are passed on from generation to generation.

The graceful Dragon and Lion Dance

Good luck and prosperity are attributed to the colorful dance presentation where dancers have to mimic the movement of a lion and a dragon; a mythical creature. Both symbolize strength, wisdom, and power in Chinese ideology. These dances are more popular during the Chinese new year, but it is also presented in various Chinese cultural, religious and political events. It is also a belief that these creatures ward off evil spirit and brings luck and fortune in business and life. Dancing graciously in a form of Chinese martial arts is a skill and has entertained visitors for its graciousness. The lighting of firecrackers and fireworks

Lion dance with firecrackers lighting up on the street makes a joyous and wonderful celebration. During new year's eve, the street lights up with colorful fireworks and fireworks creating noise that is believed to drive away bad luck and attracts prosperity. The noise which irritates some is the same noise that brings wealth to the believers in the new year. This kind of activity which was originally enjoyed by the Chinese was also adopted by Filipinos and the world — such great influence they had. 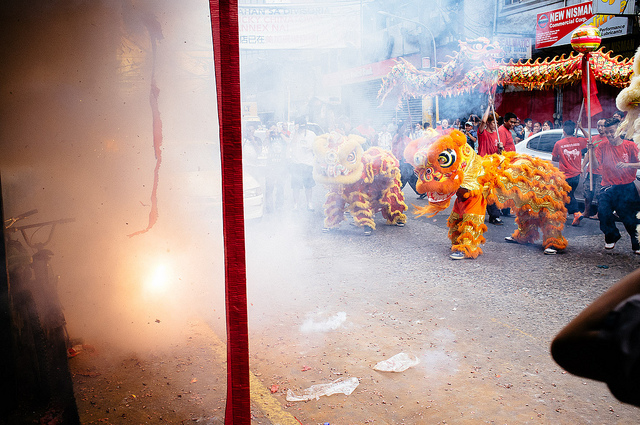 Ang Pao as a symbol of wealth and abundance

On the busy street is a parade of generous people giving away 'ang pao' to the visitors. These small red envelopes with money on them gives luck to the receiver. Financial abundance is significant to the Chinese and a year filled with financial prosperity is a blessing from God. Being poor is a mental disease and an abundance mindset is a key to success — a belief that brings prosperity in our lives. 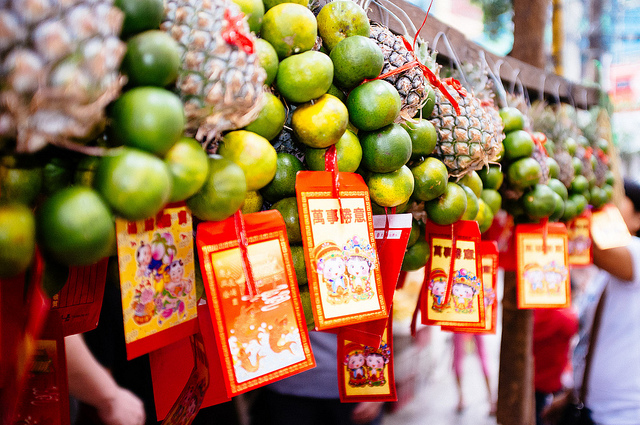 Chinese people hold a lot of beliefs for personal, career, business, and life in general. Some beliefs include a collection of round-shaped fruits for never-ending prosperity. Tikoy which is a gelatinous delicacy is very popular and symbolizes sweetness and a closer relationship with the family. Restaurants offering authentic Chinese foods including noodles, dumplings, and other delicacies are a must for good luck. What else on the list? feng shui for prosperity and Chinese martial arts are some of the many influences brought by years of Filipino-Chinese partnership.

The year of the fire rooster in Chinese astrology will bring positivity to everyone. A hopeful year starts with having a positive mindset and clearing off negative past experiences that prevent us from moving forward. Faith is essential for success and all the symbolism can bring prosperity if accompanied by hard work and perseverance.

The Filipino and Chinese friendship will remain to be strong in years to come as we build trusting relationships with camaraderie and warm acceptance regardless of one's cultural upbringing and philosophical beliefs.