The Summer Waves and The Agoho Trees 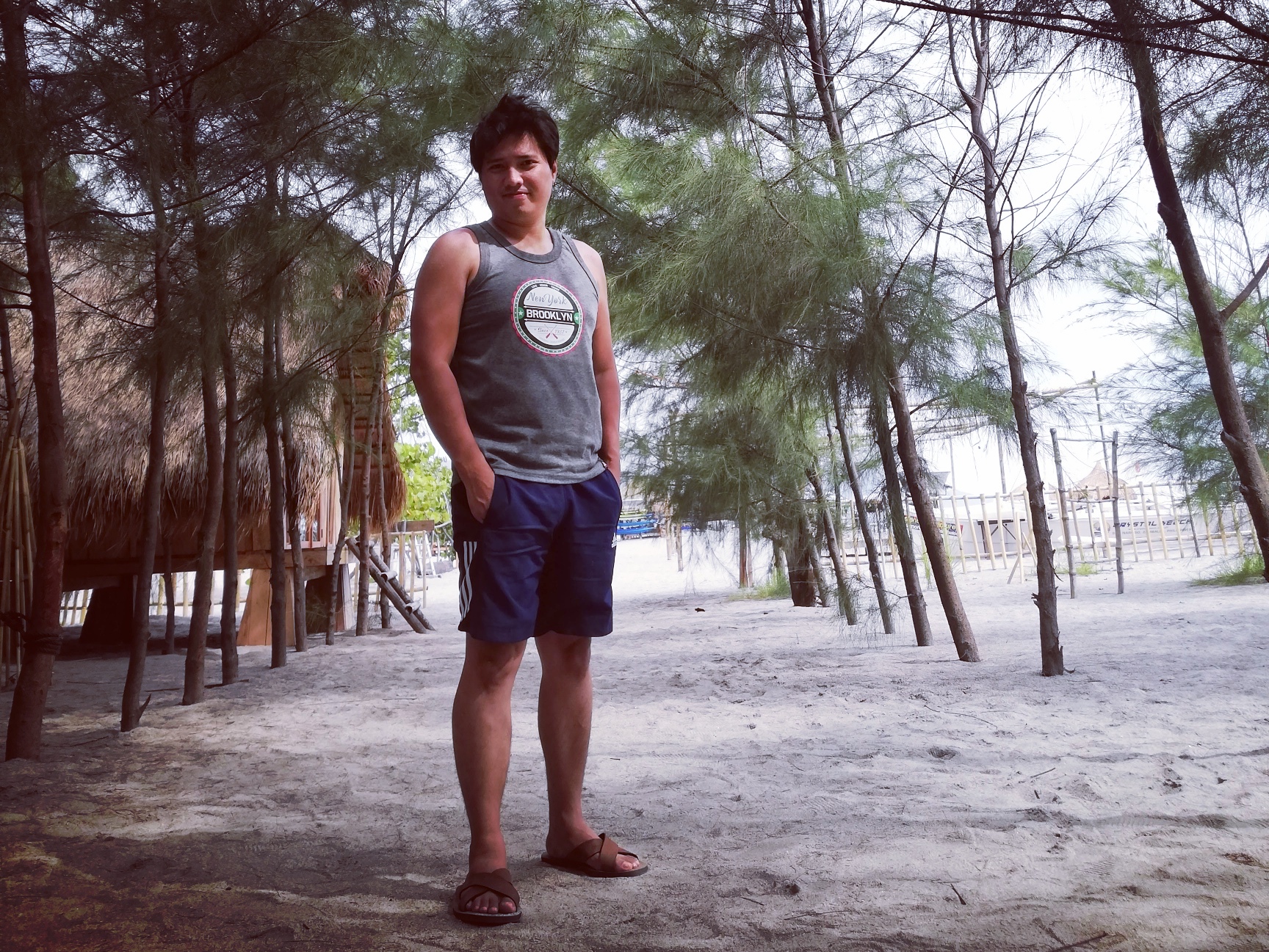 What makes summer memorable is the fun under the sun; getting sunburned and a natural tan. And the end of May is just perfect for the sunny beach escapade. This is a great time to feel the summer breeze of the sea; unwind and enjoy the serenity.

In the peaceful town of San Narciso in the Province of Zambales in the Western Philippines is where I have found one of the finest beach resorts; Crystal Beach. The ash-grey sand turns white on a sunny day and turns into glittering sand at night. I was in love with the beach in Liwliwa which is a nearby town, but I was amazed by the cool ambiance of Crystal Beach in San Narciso. It is on this place where I can sit on a seashore for hours while staring at the horizon and watching the waves.

A deep inhalation is like breathing in the air that would bring complete relaxation and healing. That's the power of nature. It's the power to heal and transform. It's a natural medicine and must be prescribed by modern medicine. 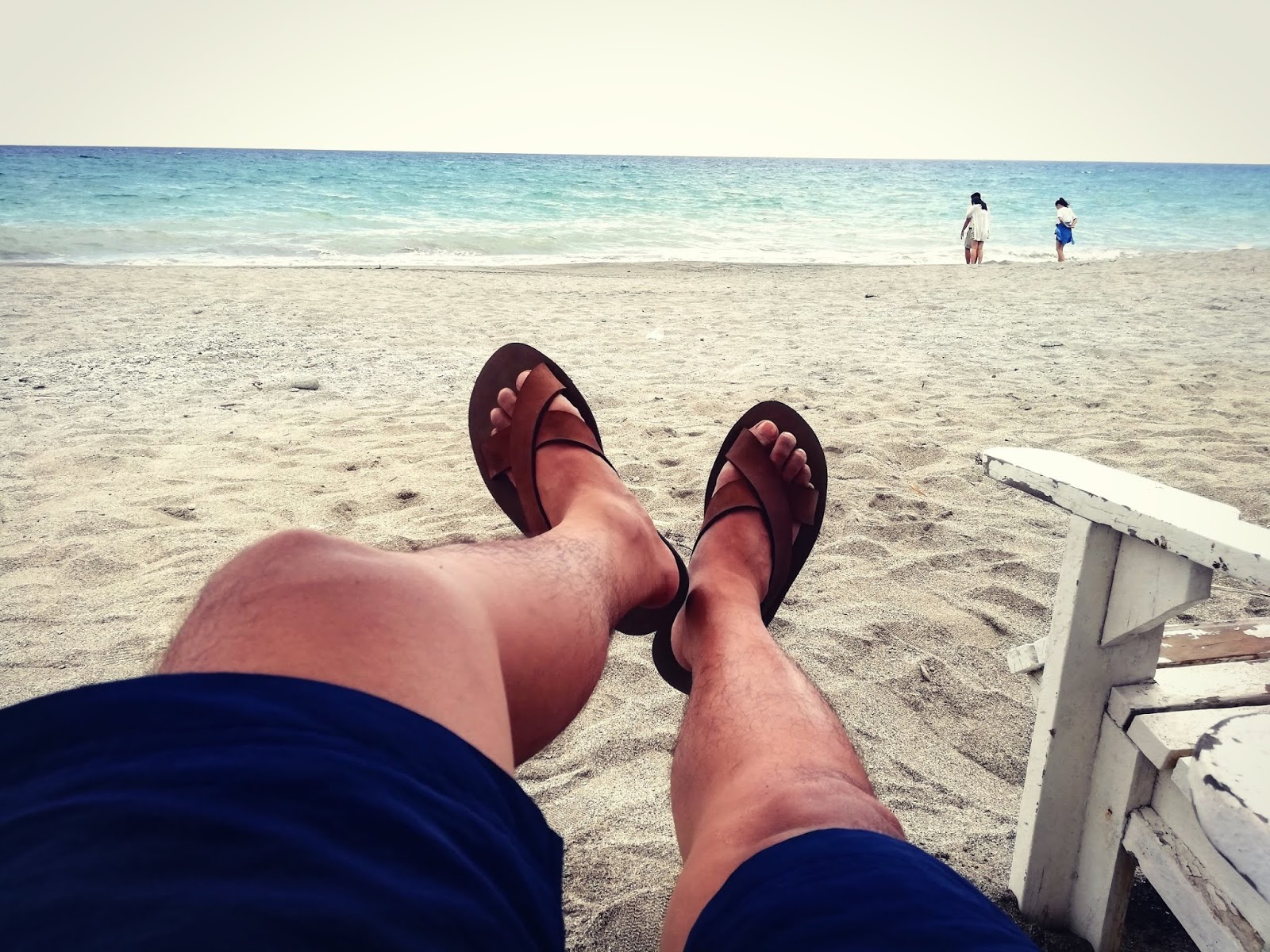 At night when waves are getting stronger, I  can feel the cool wind with a mist. As I lay down on the chair facing the sea, I could hear a relaxing beat of acoustic music bringing an upbeat vibe to a soulful night.

From the healing waves of the sea, there's one thing that gives off fresher air with hundreds of Agoho trees not far away from the shore. The trees are of a pine tree family which is naturally pleasing to the eyes. The gentle swaying of the Agoho trees helps in rejuvenation after a moment of silence. 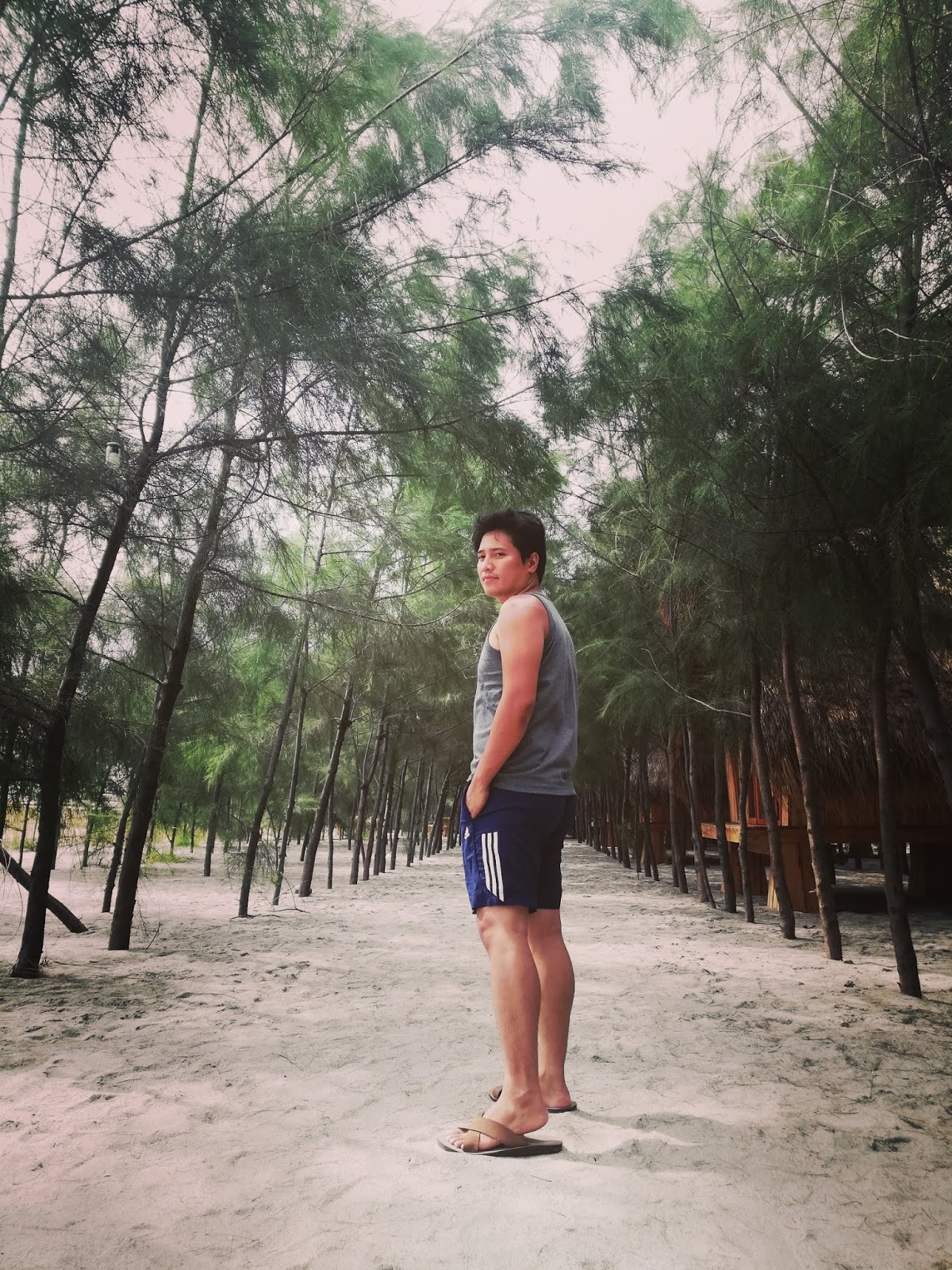 The Agoho trees would be on my mental picture of the place. It's quite a different ambiance. It cools off the surroundings amidst the hot summer day. It gives excitement as I wake up in the morning to breathe in deeply and have a glimpse of the shore.
Crystal beach will always be one of the best on my list. I would love to come back and spend it with my loved ones if I got a chance. We have a lot more to explore in this Philippine archipelago. And this is achieved one place at a time— one beach at a time.
© 2019 Del Cusay
Del Cusay at 2:52 PM A milestone was achieved when we have worked together for a common cause; a strategic operation that is mission accomplished. A thousand miles, yet a fulfilled journey.

It was in the year 1998 since it all started when a Divine calling for public service was initiated. My Father was chosen and called to serve the people. At first, there was resistance; a protest due to fear. However, in the end, we all agreed and listened to the Divine call.

As a three-termer legislator, my Father showed courage and perseverance. He may have some fair share of struggles, yet he stood up and fought for the common good.
He was never frightened of those in the higher authority with the values he upholds and the principles he instilled.

In 2007, after his 3rd term of public service he went back to business and enjoyed farming as a hobby; a source of joy and serenity.

In 2013, at the age of 61, he was back in public service and became the head of the Office of Senior Citizen Affairs in our town.
He advocated for the rights and the benefits of the elderly in collaboration with the Department of Social Welfare and Development.

On May 14, 2016, after 9 years since his last public service as a Municipal councilor, he decided to make a come back to answer the call of his constituents, and on May 15, a day after the midterm election, he was declared for another seat. He actively serves the interest of the public through local legislation and resolutions that will benefit the general public and uplift the lives of the people.

On May 13, 2019, Mid-term election, my father was declared a winner for his 2nd term. He will continue his public service and speak out and fight for the rights of his constituents. He will continue to be an advocate of our town's agricultural economy and livelihood and will stand up for the welfare of the public transportation sector - - his major committee chairmanship. 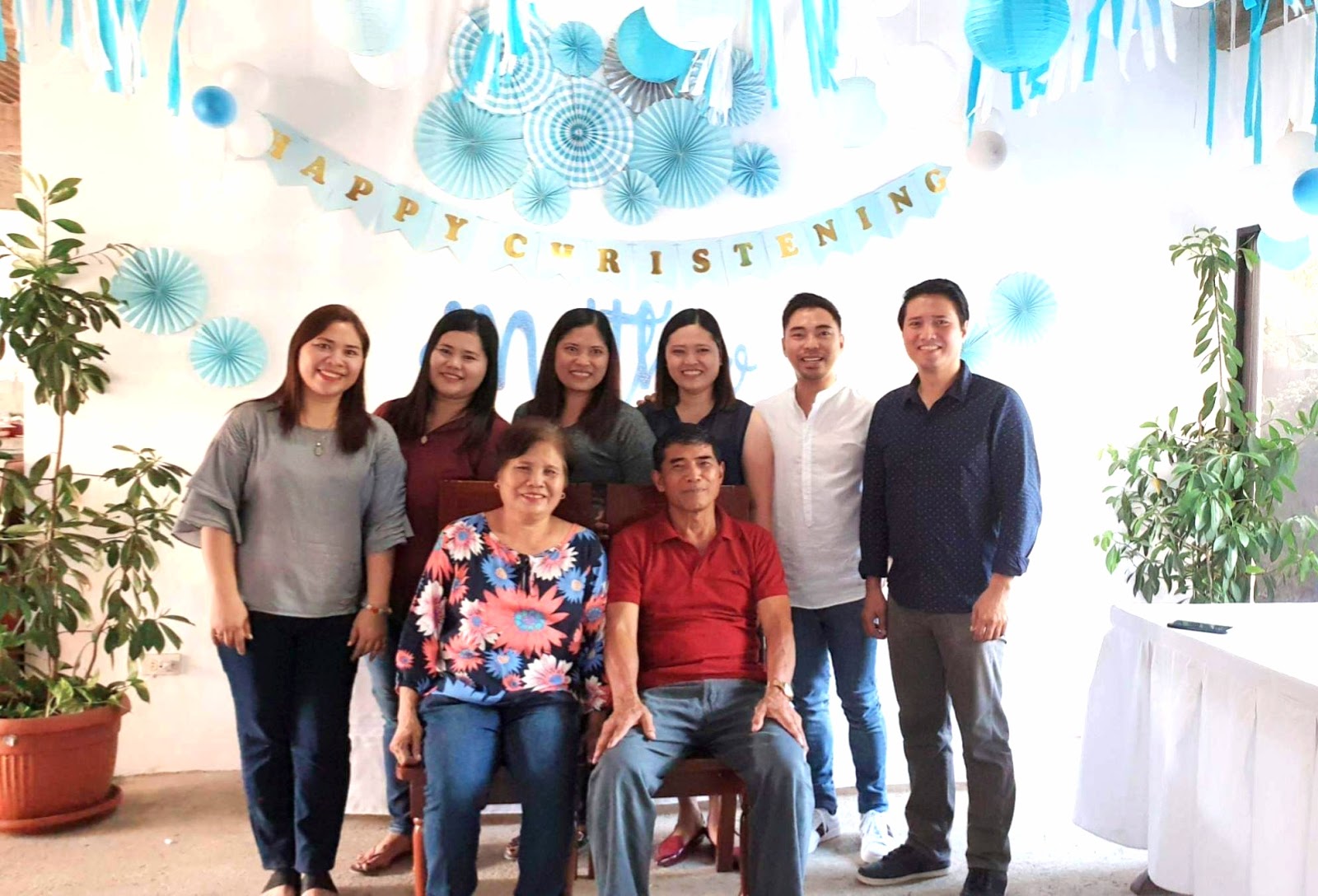 My father is forever thankful for his constituents and to everyone who supported him on his political journey. His love of public service remains even when he is not in the position. He speaks loudly on his advocacy and for general services in the community. He is leaving a legacy for his love of society. He is forever grateful to God for his victory. A Mother, more than anyone else is always there to show her love and care to her children. A Mother shows compassion; tender loving care that nourishes our soul and spirit.

Today as we celebrate Mother's day it reminds us of what we have become due to motherly love and care. As we reminisce our childhood days, our Mother was there to comfort us when we are afraid, to care for us when we are sick and in pain and to push us forward when we are frightened or timid.

Looking back at the past is all about the struggles and sacrifices of our Mothers, but looking forward to the future is about higher hopes and positive spirits that we will still feel a sweet embrace —a tight hug that symbolizes love.

Today and in the years to come, we may not be together every day and will be miles away, but the soulful connection binds us together.

"Our greatest CEO doesn't fire people, but He is forgiving. He doesn't hate and curse, but He is kind and loving. He is the way the truth and the life. And so when life seems so dark, let us remember that there is one greatest CEO alive who is there for a rescue. For His love is greater, for He is a true Master."


In our world today, more people are becoming obsessed and are a fan of a grandiose title just like the People magazine's "The sexiest man/woman alive" or the Time magazine's "Most influential People in the world" and the Forbes magazine's "World's Most Powerful CEO" which are quite popular and have huge followers worldwide.

This obsession with great titles could mean greater power, fame, prestige, and authority. It also evokes superiority that sets boundaries in social class and standing; being superior and powerful versus the ordinary and less privileged people.

In our society today, we may idolize someone based on merits that made him superior in many aspects. For instance, one may look up to his own father for being a good provider and leader for the family. Others may have great admiration and support for their community or religious leaders. The working people, they may have the greatest respect for their CEO or the Chief Executive Officer.

I have worked with several CEOs in my corporate life. They are among the best and the brightest in their industries. They have gained my respect and admiration even though they may have their flaws and different personalities and values that make them imperfect. 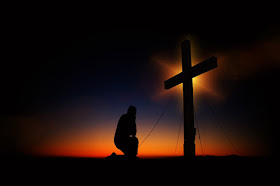 Today, I am working on following with the greatest power, love, and light. I am working for the best and the brightest CEO of my life. His personality is beyond excellence. He is a Supreme power; a Divinity.

This ever-powerful CEO has died and risen again. He is our Lord, our savior. He is Jesus Christ. He is the Greatest CEO alive. My God, our God.

Jesus works as the greatest CEO who directs us and guides us to the right path. He empowers us, uplifts us, and inspires us with his great deeds and miracles.

Jesus our God is working on us, on our family and small community, our country, and the world. It is only right that we must also work with Him and follow Him. Jesus is not dead, but He lives in us. His presence is in our hearts, in our minds, and our souls.

Our greatest CEO doesn't fire people, but He is forgiving. He doesn't hate and curse, but He is kind and loving. He is the way the truth and the life. And so when life seems so dark, let us remember that there is one greatest CEO alive who is there for a rescue. For His love is greater, for He is our true Master.

The Shrine of Our Lady of Perpetual Help: Our Love and Devotion 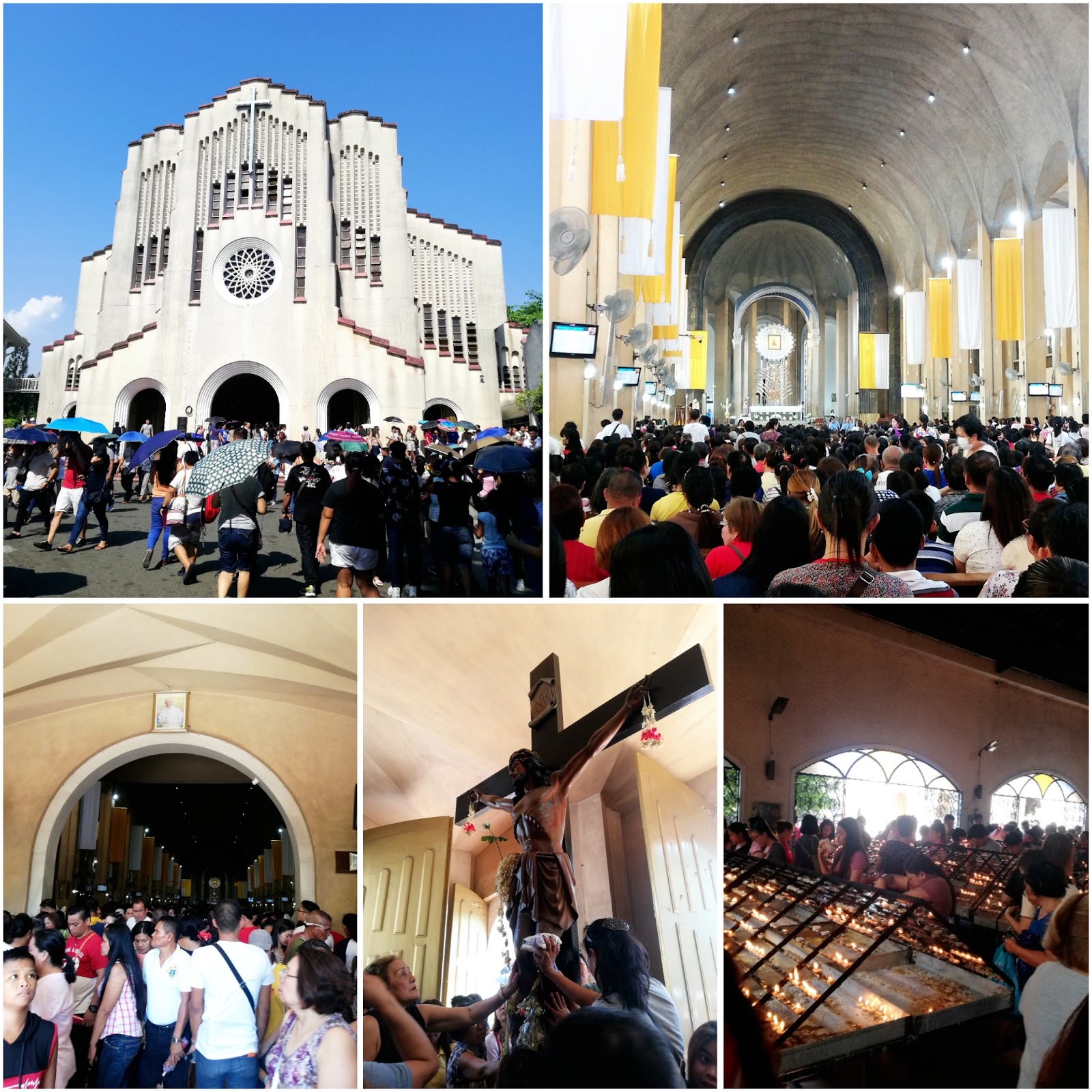 In times of our difficult moments, we always seek Divine help; a spiritual intervention that will give us answers to our specific needs. We have our prayers; our personal petitions from God. With humility and faith, we come to the house of God, His church to kneel and offer a prayer.

Today, I chose to travel to a special place of the Mother of God. The National Shrine of Our Lady of Perpetual Help, also known as Baclaran church. I have visited the Shrine many times since mid-2000, just the beginning of the new millennium.

What makes our devotion special is when our Mother took us to the Shrine to pray the novena and to celebrate the mass. Later I have realized that my Mother has a great devotion and faith to the Our Lady of Perpetual Help and with the intervention of Mama Mary, a mission station was built in our hometown in Jamindan, Capiz, and was named from the same title as Mary - - Our Lady of Perpetual Help.

Located in Barangay Linambasan, the mission station of Our Lady of Perpetual Help was elevated to a Parish in the year 2018 with Reverent Father John Denosta as the first-ever priest assigned, few months before Reverent Father Jeffrey Estrella took over to continue the religious service to the people.

Whenever I am in our hometown for a vacation, I visit this peaceful sanctuary to pray for the intervention of Mama Mary. My devotion started because it was our own Mother who led and guided us to come to the Shrine of Our Lady of Perpetual Help. My mother has testimonies of the blessings and miracles of the Our Lady of Perpetual Help and she would want us to get devoted to Mama Mary as our Divine love and light.

Since then, I have experienced peace and serenity and answered prayers which I consider to be a miracle because it was answered at the right time when I almost feel hopeless and desperate. 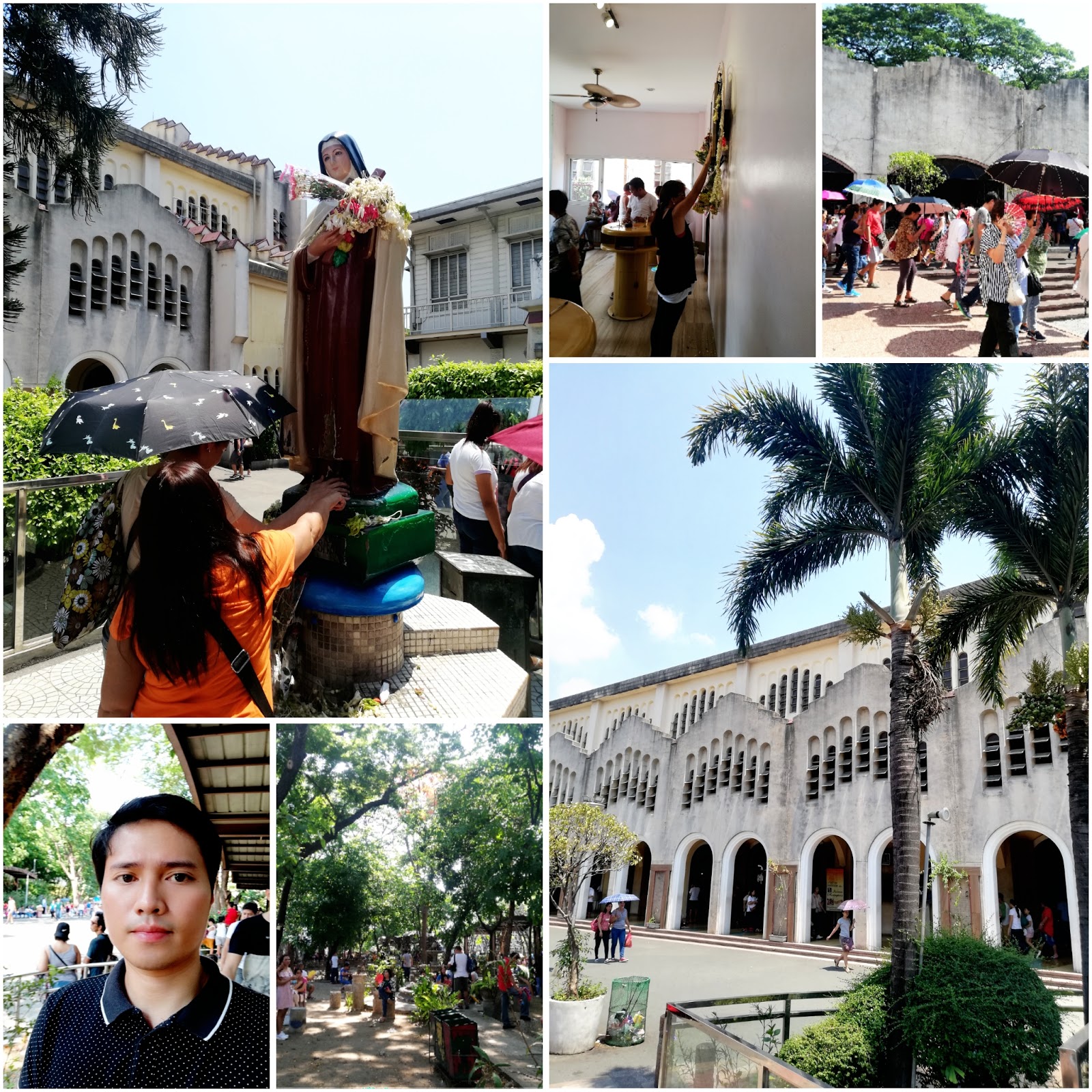 Today, the first day of May of 2019 was a blissful experience to be with thousands of devotees who recited the novena and celebrated the mass. There is a Divine presence that keeps us feel embraced and comforted. The solemnity of the eucharist makes us feel strongly connected and our communication feels like being heard.

It is during the silent moment when our hearts could feel and Mama Mary, the Mother of Christ is there for us like our very own Mother who protects and comforts us.

For today, my petition is for our good health and healing, that God will protect us from sickness and illnesses and heal our physical, mental, and emotional discomforts. And for my greatest desire is to have found the one who will complete me and live a better life together.

Today, I am with the Divine and I have prayed for whatever my heart desires. I am forever grateful to Mama Mary and may she always hear and intercede on our prayers to God for our love and devotion is never-ending and eternal.