The Land of Tibetans in Dharamshala: Closer to Heaven 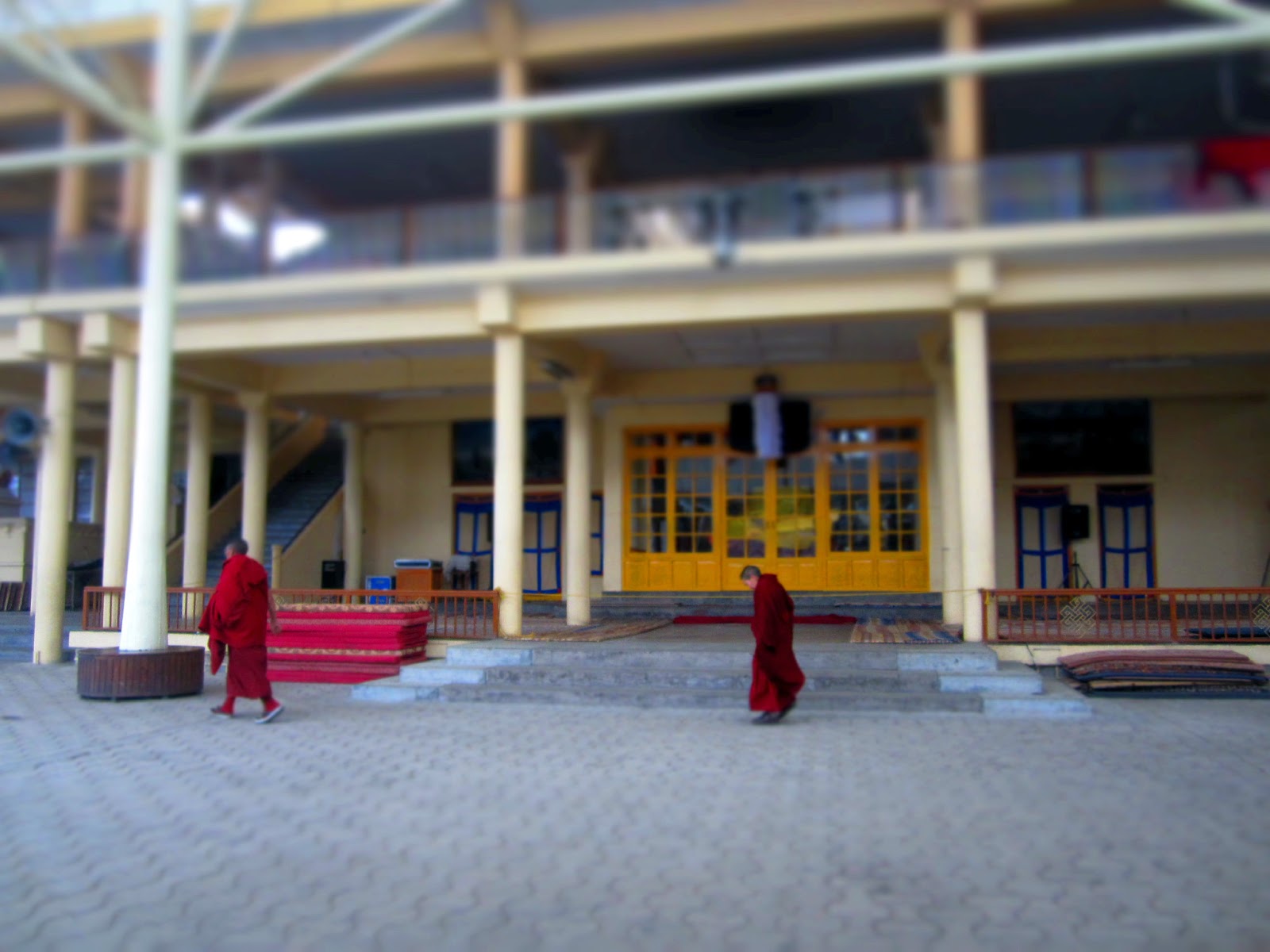 It is always nice to have a vacation in a faraway place; to unwind and escape from the hustle and bustle of the metropolis. It is a great time to relax and become one with yourself while enjoying the soothing ambiance of the place.
Since I am in India for the second time, It was surprising to receive an invitation to visit the Northern State of Himachal Pradesh, particularly in the highlands of Dharamshala--the place of the Tibetans-in-exile.

From the Tibetan Colony called Majnu Ka Tilla in Delhi, it took approximately 12 hours to reach Dharamshala. The bus departed at 7 pm on the 22nd and I arrived at 7 am the following day. It is the longest land travel on a single journey that I have experienced so far.
At the boarding point in Delhi, I got the chance to talk to some people about the history and culture of Tibet and its people living in the upper Dharamsala called Mcleod Ganj. The bus got delayed for an hour and a half so I was lucky not to get bored while waiting. It was a pleasant conversation, and I have instilled the knowledge I gained at that moment.

In the bus stand of Dharamsala, It took approximately 10 minutes to reach the hotel at Naddi Village--about 3 km. from Mcleod Ganj. It was not a tiring journey since they have a good quality road linking the northern state. When I stepped out of the bus, it was so cold as the temperature reaches near zero degrees centigrade. The whole day was rainy and the whole place is covered by fog and the wind is chilly.

I had time to set my things and prepare myself to go to Mcleod Ganj after I took breakfast and few hours to rest and contemplate. Back in Delhi, I already read about the popular tourist spots and the activities happening. I wanted to spend my time wisely and get the best thing that Dharamsala could offer, so it is nice to have planned ahead of time.

Although it rained on my first day of the visit, I got to see the picturesque panoramic view of the Dhauladhar range which is widely visible on the balcony of a hotel located in the Kangra district. It is truly magnificent to view the snow-capped mountain range with the tall deodar and pine trees in the alps. The Dauladhar range offers a great view of the whole Kangra valley. At this time, the mountain is not open for trekking since the weather is unpredictable.

I have planned to go trekking in the triund hill which is about 9 km. from Mcleod Ganj and it would take 2-3 hours to reach there, and they said it's a good place for sightseeing the frosty mountains and the alpine forest at the ridge of the Dhauladhar range. Since it is temporarily closed, I only get to see it from afar while imagining the life of the Naddi/Gaddi people living in the cold mountains and what is it like to be there at the snowline of the Himalayan foothill. I myself needed 3 thick blankets at night, and going closer to the snowy mountains would really be a great challenge to conquer. 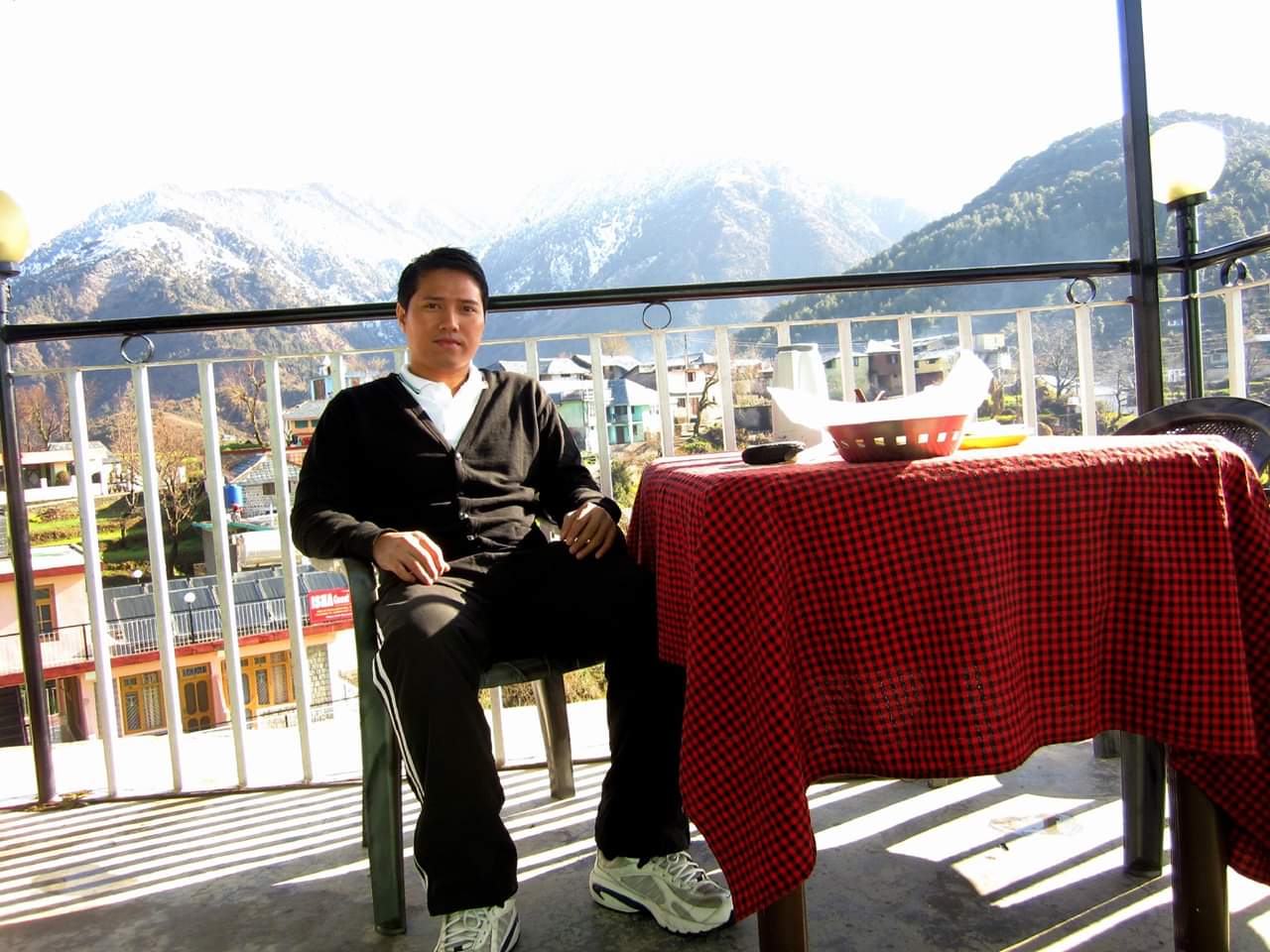 I am in the Naddi Village and I have witnessed how they live in peace and harmony. In a place that is culturally preserved, they live simply with contentment and happiness. They are friendly people and seeing them early in the morning bringing their cows in a greener pasture of this hill road is a wonderful experience.

In the afternoon, I prepared myself to go to Mcleod Ganj to go to Tsuglagkhang temple--the place of the Dalai Lama. It was drizzling and cold but I dared to go for some sightseeing. I walked uphill and entered the temple that was full of monks and tourists.
I have felt the serenity of the place and seeing the pleasant smiles of the monks while roaming around the Namgyal monastery of the temple. I have been there for 2 hours to have a glimpse of the Tibetans-in-exile. They are peaceful and happy people despite the miseries they have suffered under the Chinese rule in Tibet. 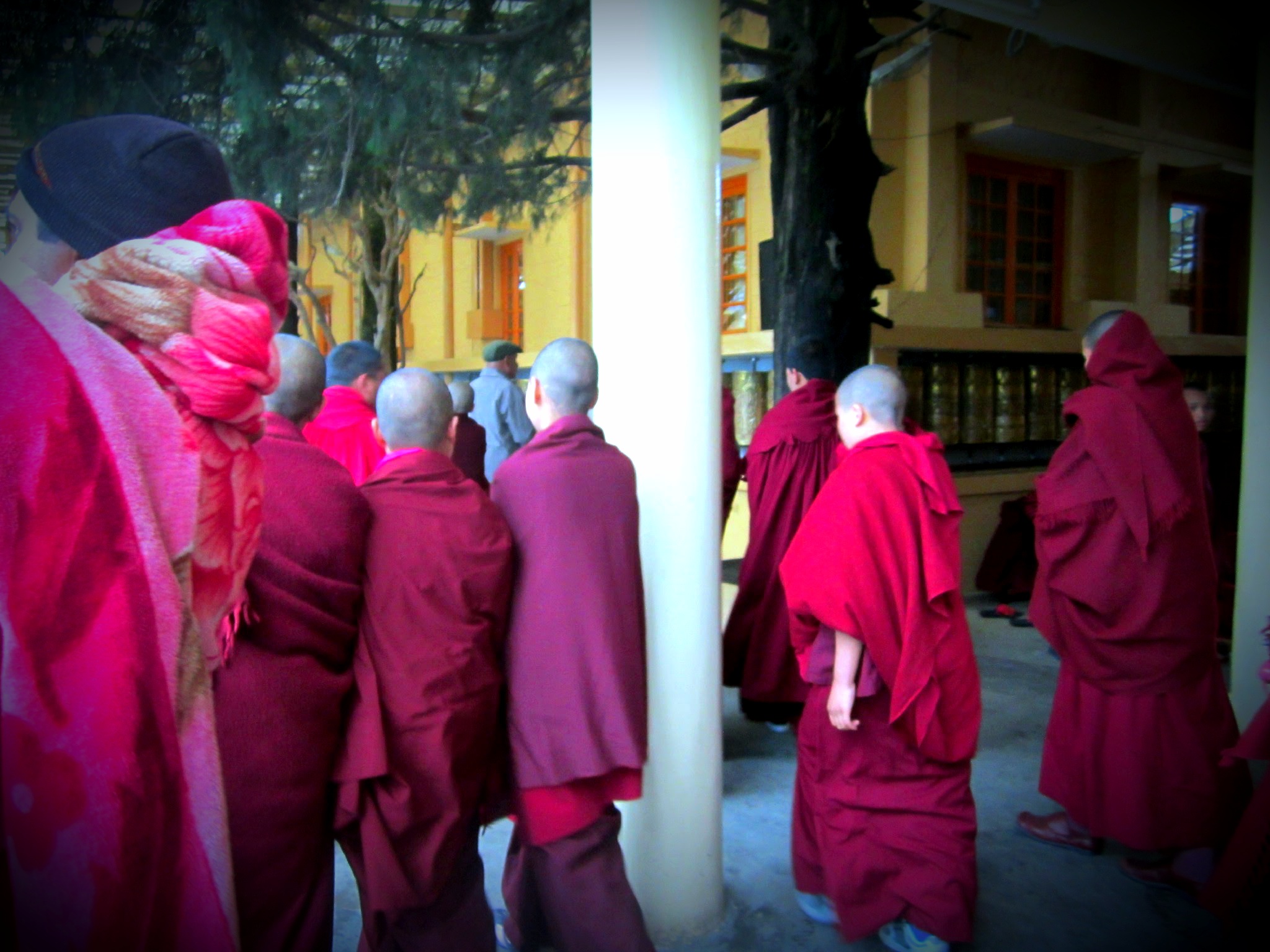 The Tibetans in Mcleod Ganj have formed their Government under the leadership of the 14th Dalai Lama. I have met a Tibetan souvenir vendor just below the temple and had a brief conversation about their condition. It was then I have learned that the Tibetans fled to Dharamsala after the failed uprising that took place in 1959 headed by the current Dalai Lama. They have suffered cruelty and harsh treatment from the Chinese invaders and the best thing they did is to have themselves in exile.
After 50 years, the Chinese Government has not given back their sovereignty which is what they have been fighting for for several decades. The history I learned from this encounter gave me the knowledge of the existence of the Tibetans in Dharamsala.

Adjacent to the Namgyal monastery is the residence of the Dalai Lama. The most surprising moment is when I learned that the Dalai Lama is in town and has been meditating in his room for that period of time. He will give a talk on the morning of the 25th. It is open to the public and there is no need for registration on this particular event only. My visit was good luck and I will be attending the lecture of His Holiness, The Dalai Lama. I still have a day to explore the place before the lecture of the Dalai Lama, so I need to prepare myself to see and meet the Holy man.

It was raining in the afternoon before I left the Monastery so I decided to have a cup of cafe latte in the nearby coffee shop. I stayed for a brief period to warm up since I can't go out and bear the downpour of rain. I thought of not getting sick and reserve my energy to see the Dalai Lama, so I bought an umbrella and started to walk going up to the square center which is the central area of Mcleod Ganj. Along the way, I passed by some souvenir shops, bookstores, tea shops, restaurants, and numerous hotels. It was still raining when I standby to wait for the cab driver to go back to the hotel. I planned to stay in Mcleod ganj until 8 pm, but since it was raining and cold, I decided to have some rest and be ready for another journey the next day.

Bearing the extreme temperature is a challenge. I am used to a tropical and humid climate, but I am now becoming tolerant with cold weather that at some point reaches a negative degree centigrade. In a few days I will be leaving in this heavenly place and what I would be carrying is not a thing, but a collection of memorable experiences from the finest places of the sacred mountain and the wisdom from the great people.