The Loving People of Kolkata: The City of Joy 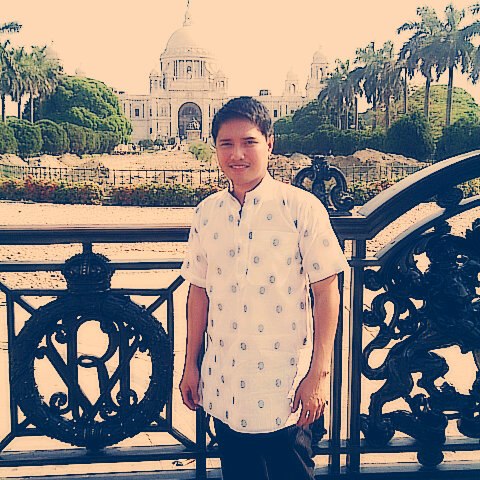 My trip to Kolkata has a lot of learnings about the history and culture of the people known as 'Bengali'. It is the former capital of India under British rule until they transfer the Administrative center in New Delhi to make it the new capital. It was just a recent past (2001) when Calcutta was changed to Kolkata.

The city is hot and humid in summer considering that it is located in a coastal state surrounded by seas and lakes. The weather might be unfavorable to some, but I have the tolerance on its extreme; my country, The Philippines could even get hotter throughout the year.

Since Kolkata and West Bengal are blessed with bodies of water, they are lucky to have fishing as one of the sources of livelihood. Bengalis love to eat fish except for some who chose to become a pure vegetarians.
The fishing industry is quite good in West Bengal and they are the leading fish-producing state in India. The majority of the Bengal population eat fish just like some of the coastal states of India like Maharashtra (capital, Mumbai), Bihar, and the state of Kerala in the south.

Kolkata may be one of the most populated cities in the world, but the population density of the place is not that high as I've thought. It is not much crowded compared to the cities of Delhi and Mumbai. And later I have known that people in the city don't travel a lot for shopping, outdoor fun, and other activities. Some of the locals wouldn't think of how big and progressive the kind of city that they have. Some of them would even think of Kolkata as a typical village with a slow-paced living.

There are not many forts, tombs, and monuments in Kolkata as compared to Delhi, but the former British Raj have built infrastructures that are impressive and with historical significance.
I have seen the magnificence of the Victoria Memorial which was built in honor of Queen Victoria of Britain. It is somewhat similar to the architectural design of the Taj Mahal in Agra with white marble and Mughal design. The structure is beautiful from afar and the lawns and garden are pretty and well maintained.

Near the Victoria Memorial is the 'Fort William' which was built as a military headquarter and still serves its primary purpose until the present times. Adjacent to it is the Race Course which hosts one of the largest horse race events in India. It used to be the pastime of the elites during the British regime, but now it is open to everyone.

The park located in Queen's way street offers a large playground for everyone and a favorite place for cricketers. It is a pleasant and spacious park and some statues of built-in bronze are visible. The street was named in honor of a Queen's visit to Kolkata on the way going to the Victoria Memorial.

These are just a few of the many good places to visit in Kolkata and I am grateful that even for a short period I have witnessed the grandeur of the place. What I appreciate most is the history that I've learned about the great architecture and places. It is not just what you see that will move you, but it has also some stories to tell back in time.

Kolkata is making progress and faster development in terms of the local economy. Both residential and commercial buildings are on the rise anywhere particularly on the reclaimed area of the north-eastern side of Kolkata.
Due to the lack of available space to support the growing population and the increasing demand for housing, the local government has planned expansion for reclamation projects for the benefit of the people.

The city is also becoming an Information Technology hub and several Multinational companies built their headquarter in the vibrant place of 'Salt Lake' which is city center situated in a reclaimed salt-water lake, and that's how it got its name.

The city of Kolkata may have different impressions to everyone and the visitors, but to truly appreciate and understand a particular place, one needs to travel and be there to experience what it has to offer. We may think of not-so-good things about the place, but the moment we are there, our perspective would have changed and created a lasting memory.

In my short stay, I have felt the hospitality and warmth of the people. They treat visitors nicely and do their best to make one feel special. I had a nice feeling and I enjoyed the acceptance and the treatment they have shown. There's an emotional connection that was felt and there's a substantial soul of the city and the people in general. No matter what social status they are living in the society, they still find some happiness and joy in their hearts.
In the future, I would love to come back to this place and witness its transformation. It is not just the beautiful place, but it is the joyful people that make you feel good and being loved that matters most.
©️ 2021 Del Cusay
Del Cusay at 2:27 PM
‹
›
Home
View web version