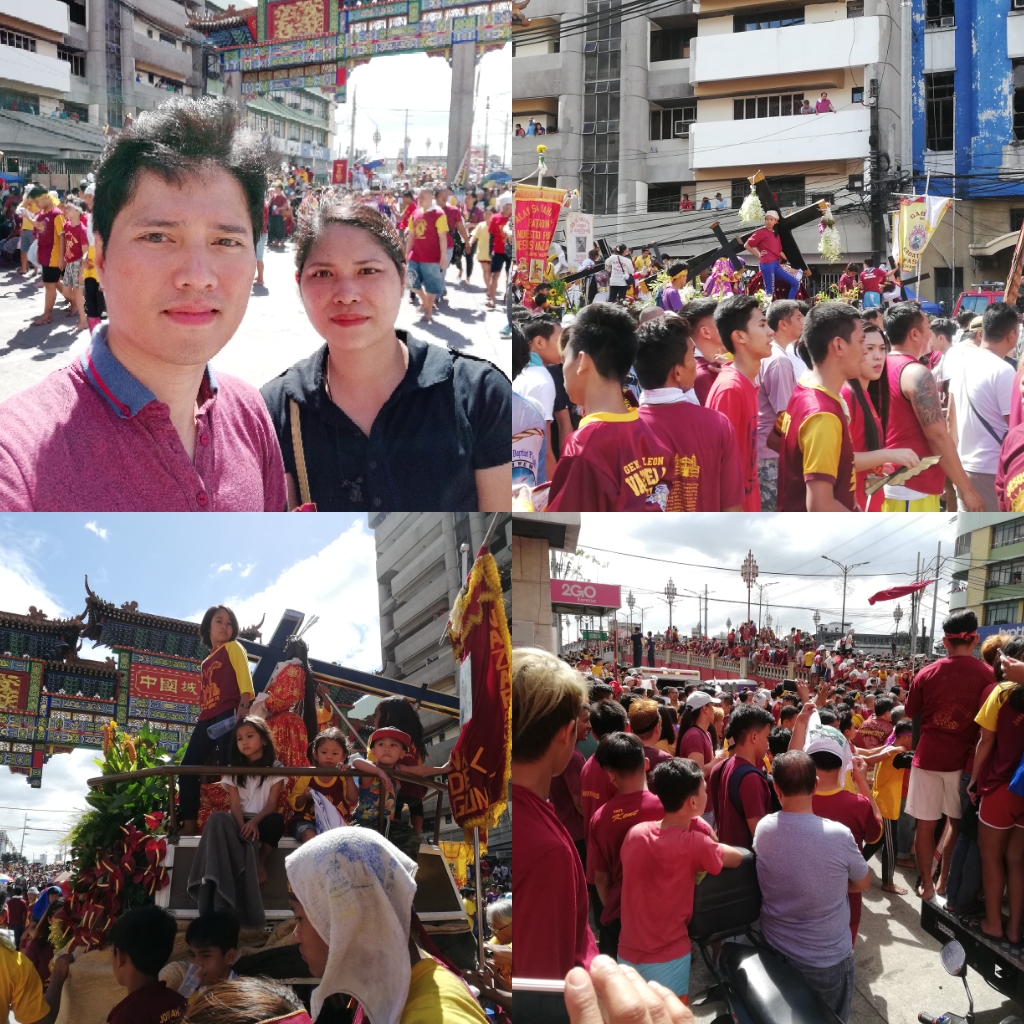 Just a week after the new year 2019 celebration on January 1st, Filipinos once again gather to celebrate one of the biggest devotion to Jesus Christ — the feast of the Black Nazarene.

I've celebrated the feast of the Black Nazarene since 2013. That was my first time ever to hear the mass at the Minor Basilica on its feast day together with my sister whom I have convinced to come with me.
That was a solemn event on the facade of the church as it was not so crowded that people can move freely. The following year in 2014 and 2015, I missed it and then celebrated it again for 2 consecutive years in 2016 and 2017.  As compared to my experience Nazareno 2013: Celebrating the Feast of the Black Nazarene was a bit crowded, but devotees are well disciplined to follow the rules both inside and outside of the church.

Nazareno 2016: Feast of the Black Nazarene  was a peaceful celebration of the faithful and devotees of the Holy image. As I remember it was well organized as people are being guided well by the Hijos Del Nazareno or the "Sons of the Nazarene" who are the chosen ones to actively devote their time to protect the Nazarene until their last breath.

Nazareno 2017: Devotion to The Feast of The Black Nazarene was a meaningful celebration as I've contemplated on the significance of the event on our faith as Catholic Christian. That was also a peaceful event in the vicinity of the Minor Basilica as I heard the mass.

On this year's celebration, I was able to bring my sister with me to hear the mass. It was so crowded just outside the church that we're not able to get inside and preferred to stand outside to hear the mass while watching on a Big screen. After an hour and as the mass ended, a drizzle of rain just poured over our head. That was a blessing as people would have believed it and even I myself have asked for a Divine miracle through the rain to calm down people from the warm weather.

What's special about this year's celebration was the unexpected experience to have witnessed the traslacion in the vicinity of Chinatown in Binondo, Manila. That was a great number of devotees who joined and witnessed the grand parade of the original image of the Black Nazarene followed by other images from different churches and local sectors. People were shouting "Viva" to honor the Nazarene as they waived their white and maroon colored hankies.

As the faithful were glorifying the Holy image, we've also witnessed untoward events like those who needed medical attention. People would dare to get hurt for the sake of their faith. Their intention was to get closer to the carriage of the Holy image or even touch the rope attach to it which they believe could bring a miracle to their hopes and prayers. 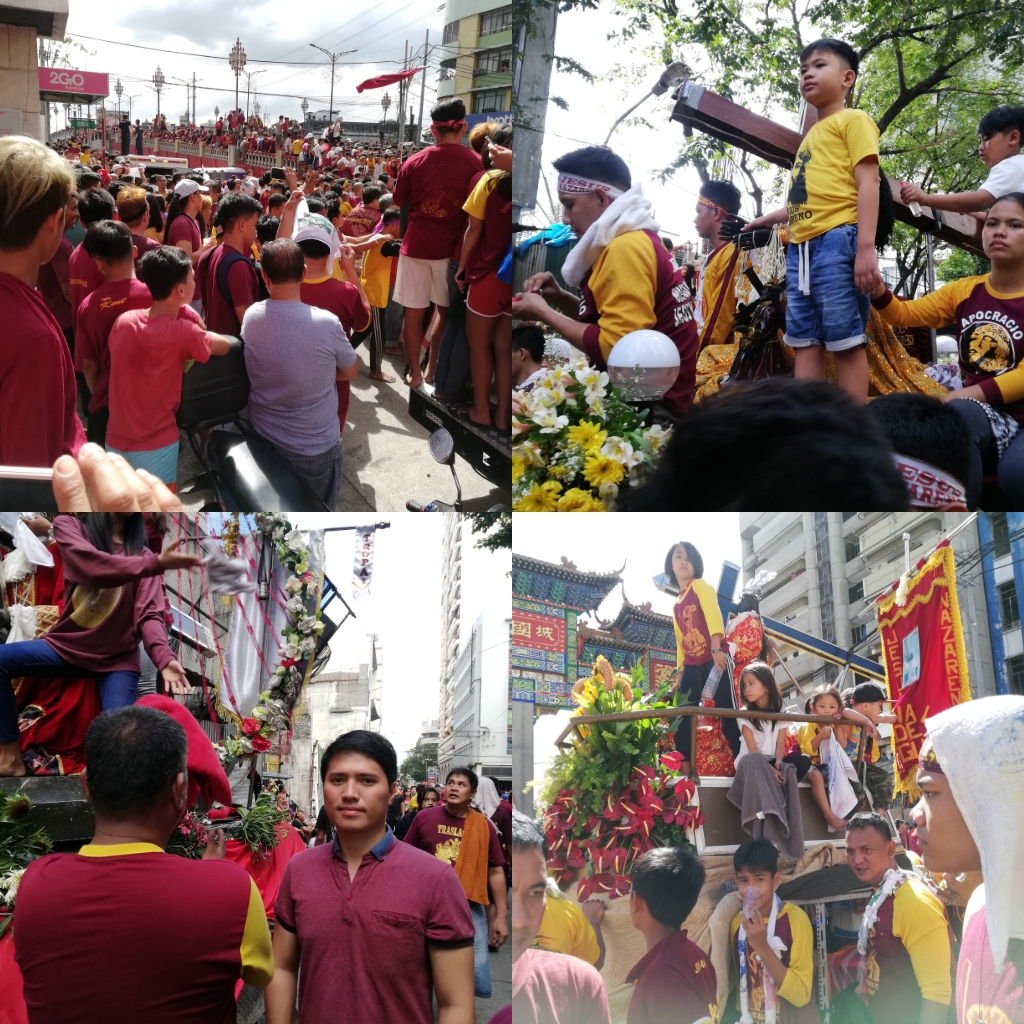 We're not able to get too much close to the Holy image and were just content to see it from afar. To see the actual event in reality gives a certain emotion of happiness and fulfillment. For years, I've only watch the traslacion as being reported live on TV, but this year, I'm blessed to have been part of it.

Others may have questioned the event to be a form of fanaticism, but only a devotee can experience for themselves the miracles and blessings of their faith. I have joined with the thousands or millions of Catholic faithful and devotees of the Black Nazarene and I understand the expression of their faith. They do not question it, but rather they live it— in their hearts.

I believe that this event is beyond tradition. It is already embedded on our consciousness to strengthen our faith and get closer to God. When we feel unloved, uncared for and desperate, we are longing for the presence of God in our lives.  When we feel unsecured and in danger, we call for protection. Whenever we are sick, we call for healing of the body, mind and spirit.

We'll forever be grateful for the Black Nazarene, for his Holy Image that have strengthened the faith of millions of Filipinos who never gave up amidst the current challenges that the church is facing. We will stand together for our faith and will not get intimidated by those who would put us down or question our faith.

May the Holy spirit be upon us on our daily lives and protect us from evil. May God enlighten us so we can speak our truth and inspire others to draw near to him. May we all be united to glorify Jesus, the holy image of the Black Nazarene. In this time and our lifetime, today and forever— even until our last breath.