Eid'l Fitr: A Moment of Peace and Harmony 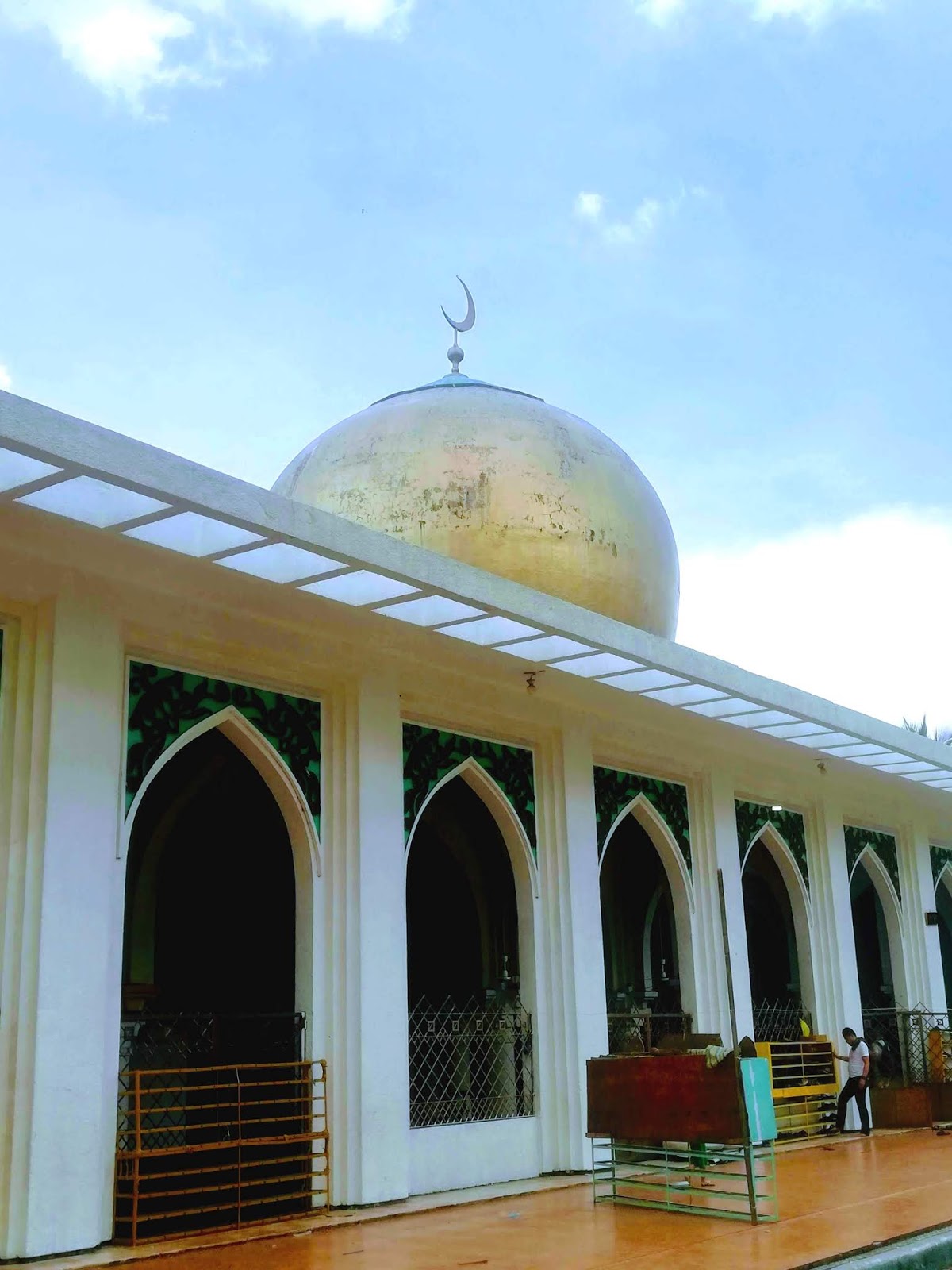 It has been a wish that one day I will be able to have a glimpse of an Islamic religious celebration and have a deeper understanding and experience about the faith of our Muslim brothers and sisters and for today finally, that wish came true.

I am a Christian, but I have celebrated and immersed in other Religious holidays particularly a Hindu festival like Diwali and Holi; a major festival commemorating the triumph of good versus evil. That was a few years back when I had the opportunity to work and travel in India— sometime in 2011 until 2014.

In this new world age, we have started to have a greater understanding of different faith and slowly we have gained not only experience but also wisdom and enlightenment. We have started to embrace the world of secularism not because we have a wandering soul, but because we have the desire to stop interfaith conflicts and wars, prejudice, fanaticism, and misunderstanding. We have one big desire in this world of numerous faiths and creeds, and that is world peace that is achieved through acceptance, humility, and love.

There is so much misconception about the Islamic faith since some radical Muslims are tagged to be involved in terrorism activities mostly in the Middle East and other countries in the world. The negative actions of a few that not define the character of a greater whole, so it is about time to discover more about Islam and to break the barriers in understanding their faith.

In India, I have met some Muslim brothers but was not exposed to their major Religious celebration. So now as the world celebrates the end of the Holy month of Ramadan or Eid-al Fitr and declared as national non-working holiday in the Philippines, I have to take the opportunity to be one with our Muslim brothers and sisters as they celebrate their freedom and victory after a month-long of fasting and sacrifices. 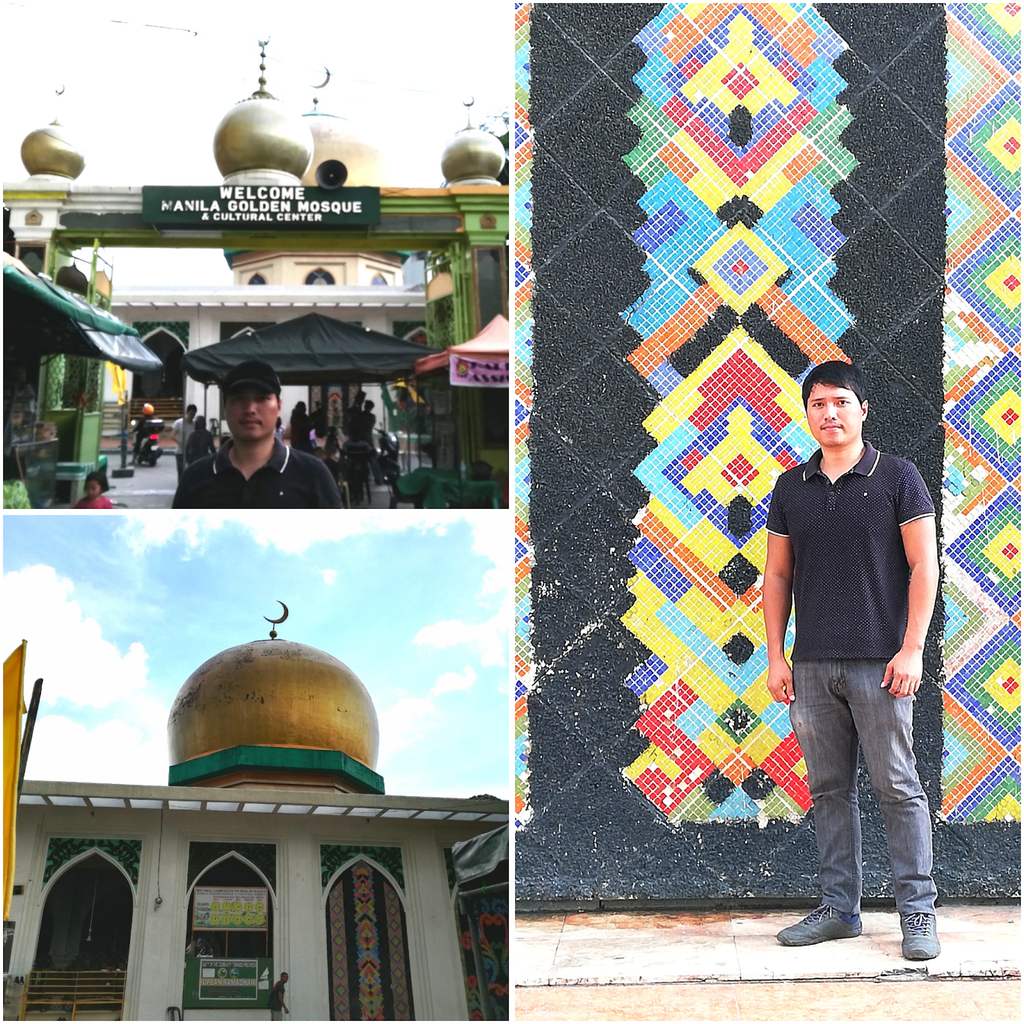 My journey started as a simple walking tour heading towards the Golden Mosque found in the busy district of Quiapo in Manila; considered as the old downtown of colonial times. I have been to Quiapo several times to visit the Basilica of the Black Nazarene, but I haven't explored much on the other side where the biggest mosque in Metro Manila is found.

The Golden Mosque in Quiapo, Manila has a similar structure to those found in Middle Eastern countries like the big dome with a crescent moon, the pointed arches, the columns, and the artistic carvings. This is also common in Muslim Mindanao where larger mosques in the country can be found.

On this day as they celebrate Eid'l Fitr, they give their last best shot until they are fully back on regular activities and breaking the fasting ritual. This is purely a day of fun and happiness; a joyous moment.

Starting at dawn just before the sunrise, they would prepare their physical bodies, wear new clothes before heading to the mosque for prayer and sermon, after which they would do house visits to their relatives and neighbors with greetings like Eid Mubarak or Blessed Eid, have some gift-giving or cash gift and sharing of foods and sweets.

Christians and Muslims share the same creed and I have found some similarities which is also the center of our Christian faith. In Islam, their teachings include almsgiving to the poor and giving food to the needy, and helping the poor to uplift their lives; an act of compulsory giving which is one of the pillars of Islam similar to the Corporal works of mercy among Christians. 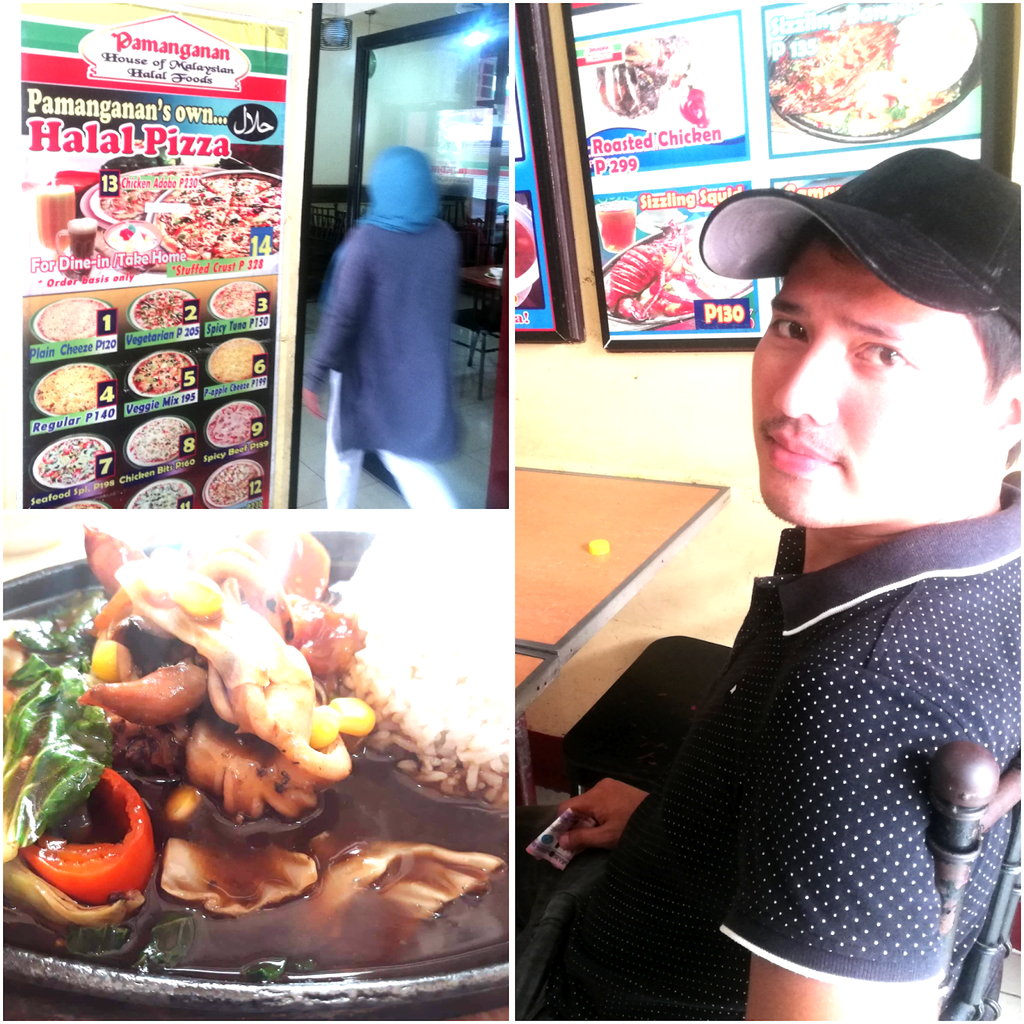 Since it is a feast day for Muslims, I had my lunch at Pamanganan Malaysian Halal food just a few steps from the mosque entrance. There are other Halal-certified restaurants nearby like Junaira and Landap café offering Mindanaon cuisine.

We may have read the word "halal" on some food labels in the supermarket and for Muslims, it means 'food that is permitted or allowed according to Islamic law' and the term "haram" is the opposite and would mean 'food that is forbidden' and this shows how strict a Muslim diet could be for the sake of physical and spiritual health.

My day trip to the Manila Golden Mosque was a great experience about the Islamic faith and culture. The Arabic architecture and culture make me appreciate their faith even more. Forget about the radical groups involved in wars and terrorism because they would also condemn it since they do not represent real Islam. What I know is that Islam is for peace and with great appreciation and understanding we can live harmoniously without instilling harm, hatred, and fear, but instead a culture of love and respect with each other.